CP Armies have had a long history dating back to 2007 and along that path many wars including world wars have taken place shaping armies into what we are today. Armies started as rogue groups on Club Penguin just having snowball fights. We evolved into a complex community with governments and politics involved. We even have our own media sites which have written news, hosted tournaments, held polls for army legend. Much of the history of armies can be found on news sites throughout our history since 2007. They also list the top top ten armies every week on their site. Right now the media websites we have are https://cparmyhq.com/ and https://cparmynetwork.com/. CP Armies have always followed a set of rules that have both governed the community and given standards by which to decide victories and losses in battle. These are the original rules written on the CP Army Council Website:

CP Armies battle in several rooms on Club Penguin and victory is decided by whichever army follows the rules and has the best sizes, formations, and tactics throughout the battle. That is explained in video version in our tutorial:

Why do we play this game you may ask and there are many different answers to that question. For years CP Armies have been a safe haven for people who may not have the best home life. They have been a place that teaches social skills and leadership skills. It is a community that brings people together and the glue that has kept us together is the CP Army Community. We are brought together under the flags of our different armies we compete against one another. We test our skills in many areas and we learn to work together with the people in our own armies to overcome obstacles. Everyday we learn how to become better than we were yesterday in many different ways. It takes team work to make an army function and rise to any height. People who for no other reason than to grow the army and wouldn’t be brought together otherwise are brought together.

Over time even the most skeptical people have grown to become attached to CP Armies and have found a role that supports the overall community. Rivalries get formed in armies we ae a community that survives and evolves around the concept of combat against one another. It his how we maintain traditions and also general interest in our community. Once you experience battle that is the moment where you finally see the culmination of all the work that has been done in your armies recruiting and training. It is the moment where you finally feel the adrenaline and excitement that comes from being apart of armies. Here is an example of a battle between not just 2 but several armies:

In this battle you can see an army using the chat platform called xat which is what we used before discord. You can see the excitement of everyone and all of the heart they put into this battle. You can see from the enemy fighting back regardless of how much smaller they were how much heart they had as well. They are willing to win or lose surrounded by their brothers in arms because that is all they need. That is the feeling of brotherhood armies provide once you get used to being around them. Although this is a very shortened version this is really what armies are all about. Being a 12 year army veteran I have seen many people come into this community weak and with no confidence and then grow into a better person. Many people have been helped by CP Armies in their darkest days and ended up having bright futures. In the very least armies are a fun and competitive community to be apart of. 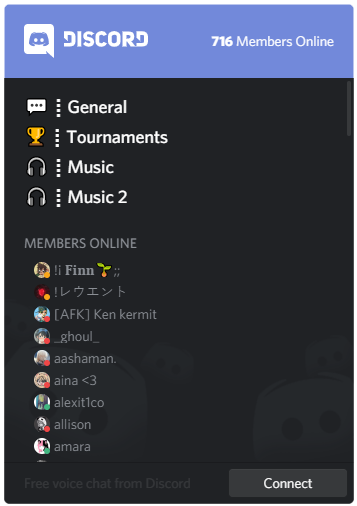